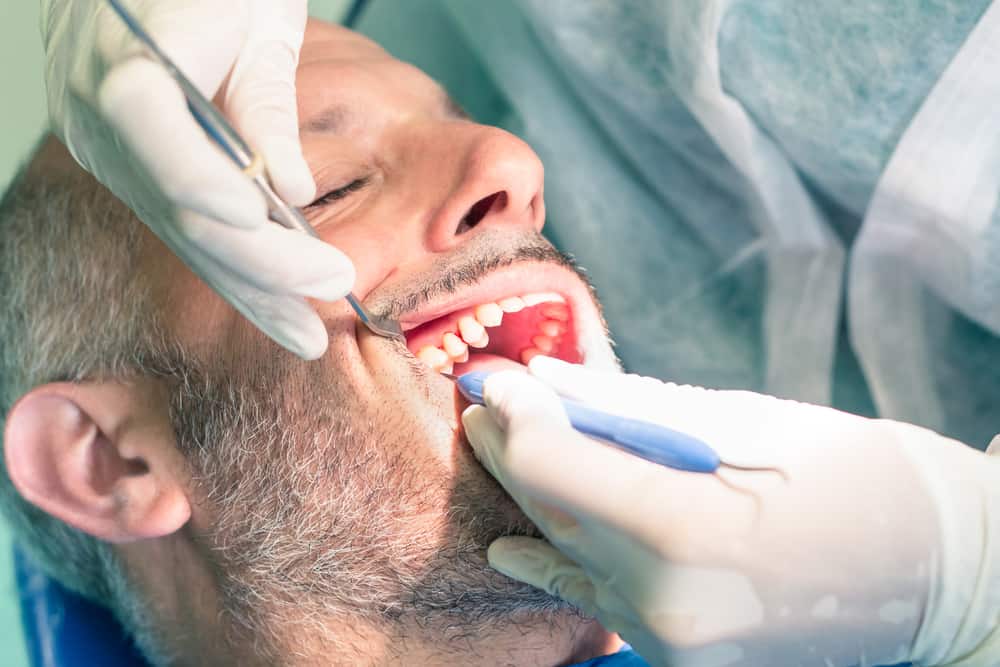 If you’ve noticed that your gums bleed when flossing, there are many causes to this which you should understand before you start to panic. The dentist would recommend that you continue to floss, but it could be a sign of an underlying problem.

What Are The Causes Of Bleeding Gums?

There are many causes of bleeding gums when flossing, such as:

How To Stop Bleeding Gums

If gums bleed when flossing, there are some ways you can reduce its impact to a point that the bleeding stops. Below are outlines of what you can do.

External conditions such as gingivitis and periodontal disease must get seen by the dentist. There are also remedies you can take to reduce it. Reverse it through strong oral hygiene comprising of a thorough professional clean at the dentist and brushing and flossing using the right technique.

When brushing your teeth, ensure that the bristles aren’t damaged, and gently stroke the toothbrush at a 45-degree angle against your teeth and your gums.

Healthy gums can be developed and maintained by eating quality foods. Fresh fruits and vegetables, dairy products, water, nuts and whole grains are all examples of quality foods that contain nutrients to keep your gums healthy. Drop the sugar and starch as this contributes to damaged gums.

If your gums bleed when flossing, then you need to visit the dentist. There may be something in your medical condition that the dentist can identify to determine the cause of regular bleeding gums.

Seeing your gums bleed when flossing regularly can be concerning, but in most cases, there isn’t anything to worry about. The problem can be resolved at the dentist, however, at home, keep on top of your oral hygiene and feed your gums the nutrients it needs to improve their general strength.

Now, if you live around Springvale, our Dentist Springvale team is always ready to help you. Book an appointment.